Start losing weight with keto. A lean, healthy, and upgraded body is waiting for you. Join thousands of others and get your complete 30-day keto plan now.
Instant Access
Pin2
Share2
Tweet
+1
Share
4 Shares

Gone are the days when the only options for milk were full-fat, skim or non-fat. Today, there’s a plethora of milk options available to consumers, from cow milk and goat milk … to almond and coconut milk. But there’s a new type of milk that’s attracting attention — camel milk.

Actually, calling it “new” is a bit of a misnomer. Nomadic cultures have drunk camel’s milk since they figured out to milk them several thousand years ago. (By the way, if you follow a kosher diet, then camel milk is a no-no because the camel is considered ritually unclean, for chewing the cud without its hooves being divided.)

A drink that’s long been available in North Africa and the Middle East, camel milk is now gaining popularity in places like the U.S. and Australia. Its proponents say that camel milk’s health benefits make it a superior drink than other types of milk. But is it real or all just a lot of hype? Let’s dig in.

Camel milk is substantially higher in vitamin B3, iron and vitamin C than cow’s milk and also has less lactose in it, so often times people who can’t tolerate cow’s milk have no issues digesting camel’s milk.

In the U.S., there are only a handful of brands selling camel’s milk. Much of the milk is produced by Amish farmers, who have camel herds and sell the milk through cooperatives.

Because camels are extremely finicky about being milked, and there are so few in the country — about 18,000 cows to one camel and they produce a lot less milk than cows — this drink doesn’t come cheap. One pint of a popular brand of camel milk costs about $18. This is not a budget option by any means.

But advocates of camel milk say the high price is worth it for what they believe are the drink’s unique benefits.

Camel milk is probably most widely known in the autism community. Search online and there are dozens of anecdotal stories from parents who swear by the drink to treat autism in their child.

Unfortunately, there aren’t any conclusive studies that support the claims. In fact, the Food and Drug Administration warns parents on its website to avoid products that make false or misleading claims about products that claim to cure or even treat autism. (2)

Of course, that doesn’t mean that camel milk might not be helpful. One study found that camel milk could play an important role in reducing oxidative stress in children on the autism spectrum. (3)

Unfortunately, the study used cow’s milk as the placebo, a drink that many children both with and without autism have trouble digesting. Indeed, the study acknowledged that some of the children in the study were lactose intolerant or allergic to milk. It doesn’t seem like a stretch then that giving them a milk with less lactose would improve their disposition.

Camel milk has also been touted as a treatment for a range of diseases from Crohn’s and hepatitis to diabetes. Here, there seems to be a bit more scientific evidence. A two-year study found that among type-1 diabetics who received 500 ml. of camel milk in addition to diet, exercise and insulin, there was an overall decrease in blood glucose and insulin levels compared to those patients who received only diet, exercise and insulin, while some completely eliminated the need for insulin. (4)

It must be said that the study was quite small, with only 24 participants. And as for the other diseases that camel’s milk is said to cure? Well, there’s no real evidence of that.

This isn’t to say that science won’t someday discover that camel’s milk really is a magical elixir, but I would be wary of expecting it to be a cure-all drink. If you can get your hands on camel’s milk, it’s worth a try. It tastes similar to cow’s milk, but with a saltier taste. It might be difficult, though, as camel’s milk is still relatively difficult to come by in the U.S. and the price tag is very high.

One area where I would recommend you try out camel’s milk is in beauty products. There are lots of natural health and beauty lines that are adding camel’s milk to their products. Because camels don’t produce as much milk daily as cows do, it tends to be quite rich in skin-loving ingredients like alpha-hydroxy acids and vitamins, that’ll leave your skin feeling soft and smooth.

My overall impression on camel’s milk? Give it a whirl if it’s available near you but with so many alternatives that are a lot cheaper, you might be better off drinking something else for now.

Where To Buy High-Quality Camel Milk

We all like to try it before we buy it, right?

I’ve partnered with Desert Farms and we are giving away 4 FREE bottles of camel milk (just cover shipping). Read more about camel milk and get your free bottles HERE.

Camel milk is one of the latest superfoods that you can taste for a few bucks. Click the image below and have your camel milk in a few days: 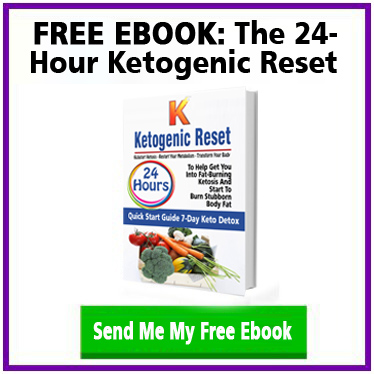